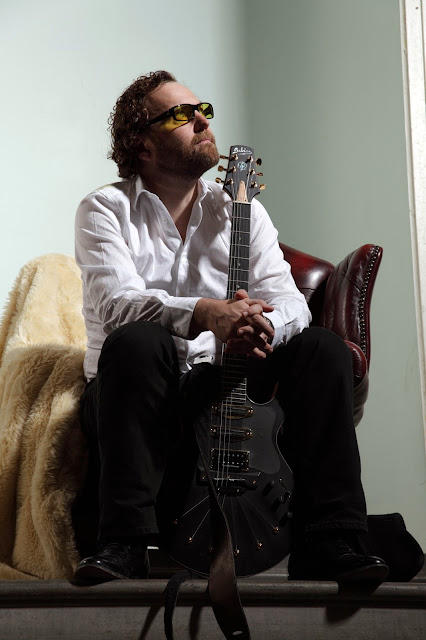 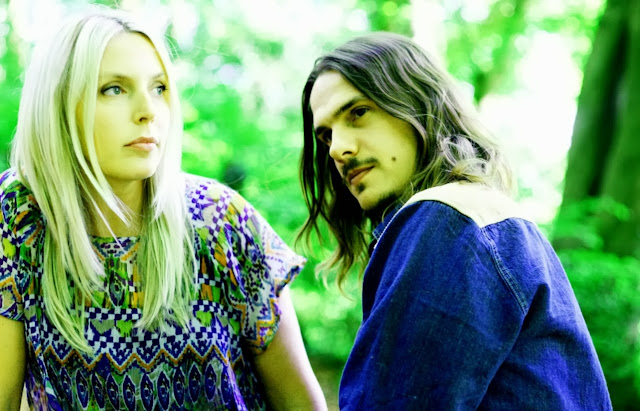 1. ZERVAS & PEPPER: LifebringerWelsh duo Paul Zervas and Kathryn Pepper capture the sound and the spirit of the Woodstock generation on an album that shamelessly takes its cues from late 1960s California.2. TIERRA BLANCA: ShadowlandsMoody wild western rock and stroll surprise from Brit John McKeown, a Tex-Mex tapas of self-penned songs that recalls Tito & Tarantula.3. GOLDFRAPP: Tales Of UsAlison Goldfrapp and Will Gregory back to what they do best: ethereal ballads delivered in whispered vocals and wrapped up in cinematic strings.4. DEAF HAVANA: Old SoulsFlag-waving festival rock with pop hooks from the surprise package at Reading. Widescreen road trip rock that marries Springsteen to The Killers.5. JOHN FOGERTY: Wrote A Song For EveryoneCreedence legend re-invents his rock classics special guests ranging from Foo Fighters and Tom Morello to Bob Seger and Allen Toussaint.6. DAVID BOWIE: The Next DayHis first album in ten years, some of it masterful, some of it muddled. But Bowie albums are never to be missed and overall it’s welcome back.7. I AM KLOOT: Let It All InElbow’s Guy Garvey guests on his Mancunian mates’ new album – 10 songs in 36 minutes proving that less can, indeed, be more.8. DAVE STEWART: Lucky NumbersEurythmic Dave Stewart’s set is rooted in classic 1960s British rhythm and blues shot through with Americana – recorded on a yacht in the South Pacific.9. COUNTING CROWS: Echoes Of The Outlaw RoadshowNew live set is a barnstormer, collecting fan favourites and covers. A reworked Round Here and a mash-up of Rain King and Elbow’s Lippy Kid star.10. GIN WIGMORE: Gravel & WineShe hollers like a veteran rock and roller, and plays the blues as if she was born in the USA. Rootsy pop-rock from the New Zealand songbird. 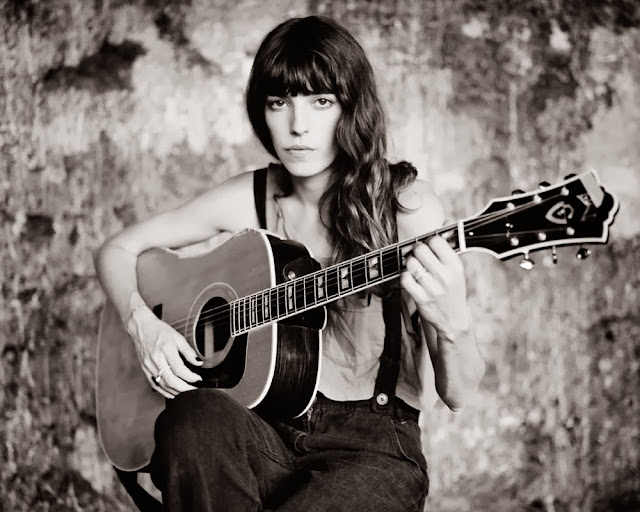 Lou Doillon
SINGER-SONGWRITERS
1. LOU DOILLON: PlacesParisian songbird Lou Doillon, daughter of Jane Birkin, half-sister of Charlotte Gainsbourg, gets moody as her warm, part-sung, part-spoken vocal caresses sublime songs. The French Aimee Mann.2. DAVID FORD: ChargeFord’s best album to date adds variations in pace and mood to that distinctive vocal. How the ex-Easyworld frontman remains under the radar is a mystery.3. PHILDEL: The Disappearance Of The GirlThe Brit songbird has soundtracked TV ads ranging from M&S to Apple, but her own album reveals she has an ethereal indie-pop voice to die for.4. BILLY BRAGG: Tooth & NailBragg has rarely sung better, and the gently reflective songs are country confessional rather than rock and roll rebellion. That’s getting older for you.5. LINDI ORTEGA: Cigarettes & TruckstopsAlthough she’s just moved to Nashville, Ortega is equally at home on the Coachella and T In The Park stages. Country, rock and murder ballads.6. DIDO: Girl Who Got AwayShe’s been there, done it, got the T-shirt but Dido’s long-awaited return is every bit as winning as her debut. She’s the girl who came back.7. GABRIELLE APLIN: English RainShe topped the charts with Frankie’s The Power Of Love thanks to John Lewis. Now she bares her soul in a folk-pop set with world music cues.8. JENN BOSTIC: JealousLazily catalogued as country, Bostic gives the late Amy Winehouse a run for her her soul-pop money. Jealous Of The Angels was huge on youtube.9. STEVE EARLE: The Low HighwayRoots rocker Steve Earle’s most upfront and rock radio-friendly set since 2004’s The Revolution Starts Now. He was great at Symphony Hall.10. JOSHUA RADIN: Wax WingsBubbly folk, polished pop, memorable melody – and is that alt.country icon Ryan Adams I hear on guitar on Lovely Tonight? A high-flier. 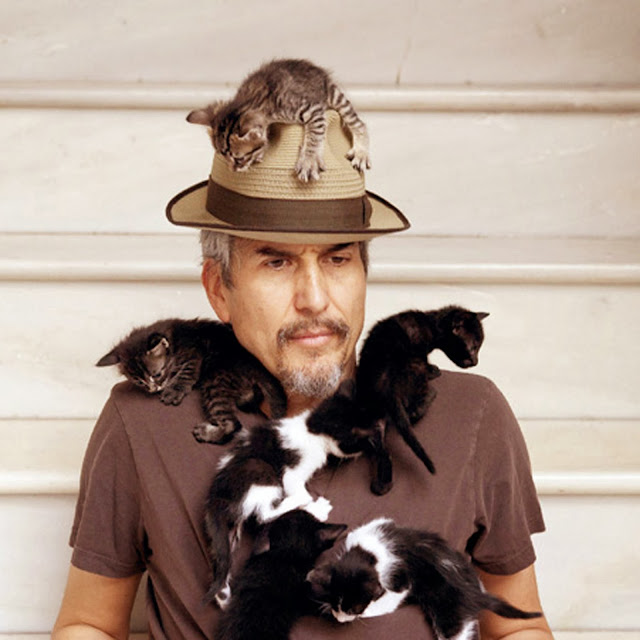 Howe Gelb
FOLK & ROOTS
1. HOWE GELB: The CoincidentalistDusty desert Americana from the prolific troubadour, recorded with M. Ward and Sonic Youth’s Steve Shelley. Bonnie Prince Billy and KT Tunstall guest in a strong set without a weak link.2. TOM RUSSELL: Aztec JazzThe godfather of Americana has never been shy of re-invention and now revisits sublime signature songs live with the Norwegian Wind Ensemble.3. CHRISTY MOORE: Where I Come FromAsked to select songs for a three-disc retrospective, Moore has chosen instead to rerecord 45 of them, updating the lyrics to reflect the changing times.4. THE FALLOWS: Liars & KingsThe Coventry band’s clever tuneful folk-rock is a delight, with Cast The First Stone unlikely to be bettered anytime soon in its genre.5. EMILY BARKER & THE RED HALO: Dear RiverThe Aussie songbird who calls Britain home has her folk roots peeping through polished pop production. Better than KT Tunstall and Amy MacDonald. 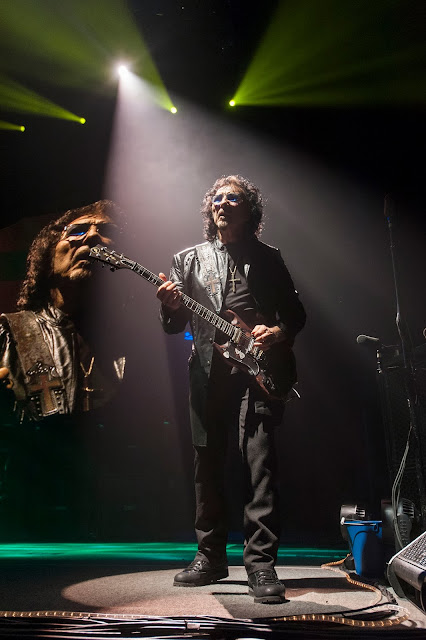 Black Sabbath's Tony Iommi
METAL
1. BLACK SABBATH: 13An event album. Sabbath’s reunion has seen them come full circle to the metal with which they first made their name, and exceeded even the band’s own expectations.2. STONE SOUR: House of Gold & Bones Part 2Corey Taylor’s metallers close the circle on the concept album begun last year with radio-friendly riffs nodding both to idols Sabbath and Metallica.3. MOTORHEAD: AftershockLemmy may have a pacemaker but driving rock guitar riffs, gruff vocals, speaker-busting bass and bombshell drums spell business as usual.4. ALTER BRIDGE: FortressMyles Kennedy returns to the day job after his foray with Slash, and Alter Bridge’s fourth studio set accordingly proves their most radio-friendly yet.5. AVENGED SEVENFOLD: Hail To The KingA7X have waded out into the mainstream until they’ve emerged dripping hard rock riffs, with nods to Metallica, Maiden, Sabbath and G’n’R. 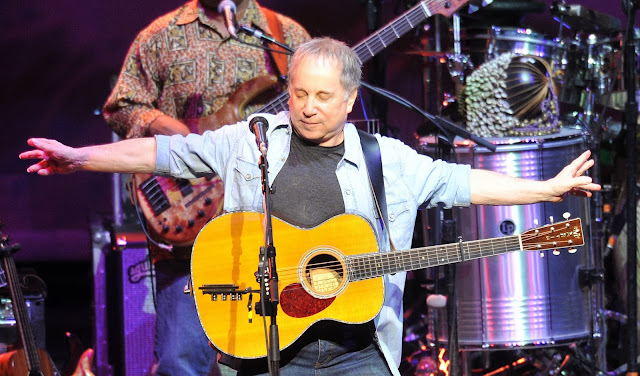 Paul Simon
RETRO
1. PAUL SIMON: The Complete Albums CollectionFourteen albums from his debut to the most recent outing in one hefty box set, adding up to an amazing 199 tracks in all. Arguably the greatest singer-songwriter of them all.2. THE EAGLES: The Studio Albums 1972-1979Six-album boxset from one of the world’s best and most enduring of bands. Looking forward to seeing them at the LG Arena in May next year!3. DEL SHANNON: Essential Collection 1961-1991Everything you ever wanted to hear from the late, great Del Shannon, including Runaway. I was proud to do some recording with him in the Seventies.4. THE WHO: Live At The Isle Of Wight FestivalOne of Britain’s greatest-ever rock bands, caught at their peak, whilst topping the bill at the Isle of Wight Festival in 1970. Sensational.5. CHICAGO: The Studio Albums 1969-1978Ten-album boxset from debut Chicago Transit Authority in 1969 to Hot Streets in 1978. Over 150 tracks by one of my all-time favourite bands. 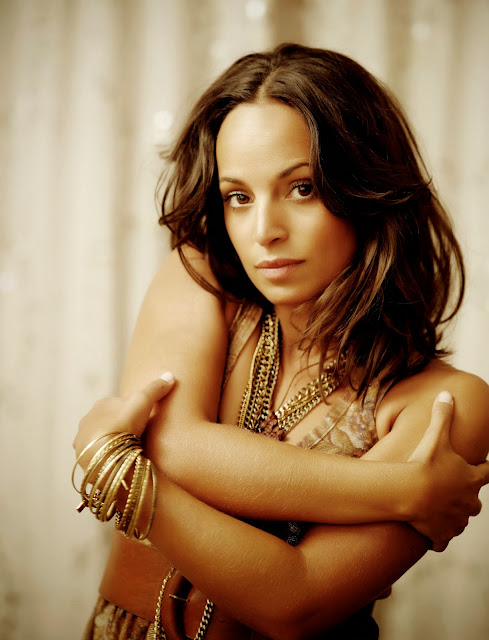