It's John Fogerty's Rockin' All Over The World 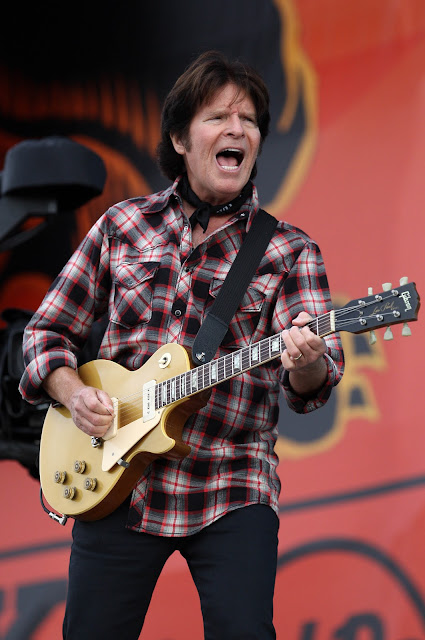 So how many times do I have to tell everyone?

John Fogerty did NOT sing Status Quo’s Rockin’ All Over The World at Hyde Park’s Hard Rock Calling.

He sang John Fogerty’s Rockin’ All Over The World.

(With a little help from one Bruce Springsteen, no less)

The Creedence frontman wrote, recorded and released the song for his 1975 solo album.

Status Quo heard it, liked it, covered it, had a worldwide hit with it two years later, and opened Live Aid with it in 1985.

But it’s John Fogerty’s song, for God’s sake. Do your research next time ...

Hey Tonight
Lookin' Out My Back Door
Lodi
Born On The Bayou
Hod Rod Heart
Who'll Stop The Rain
Down On The Corner
Have You Ever Seen The Rain?
Oh, Pretty Woman
The Midnight Special
Keep On Chooglin'
The Old Man Down The Road
Bad Moon Rising
Fortunate Son
Proud Mary
Rockin' All Over The World

Email ThisBlogThis!Share to TwitterShare to FacebookShare to Pinterest
Labels: creedence, creedence clearwater revival, john fogerty, rockin' all over the world