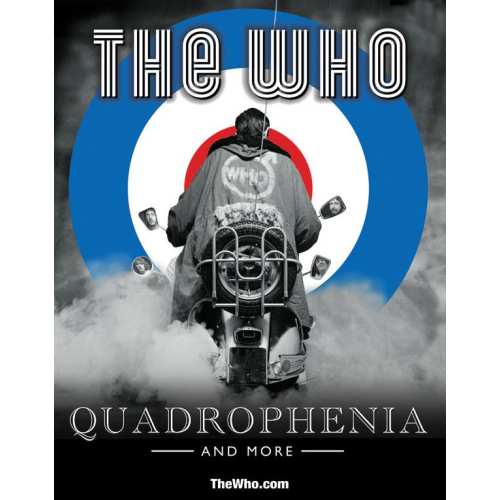 They hoped they’d die before they got old but on Friday night bus pass rockers Roger Daltrey and Pete Townshend picked up their guitars and played ­– if not quite like yesterday then not far short of it.

Daltrey, an improbably buff 69, and Townshend – still windmilling power chords at the age of 68 – are touring 1973 mods and rockers concept album Quadrophenia, a difficult child at the best of times.

Perfectionist Pete has never been happy with his rock opera in live concert, describing earlier outings in his recent autobiography as shambolic and repeatedly failing to live up to the potential of the period pop piece.

So the news that Daltrey had persuaded him to give it another go came as something of a surprise. Whether the current tour will live up to his high expectations only time will tell, although the 15,000 fans went home happy.

The trouble with playing a double album – and not one of your best – in its entirety, and in track order to boot, is that there will inevitably be peaks and troughs, and there are more troughs than peaks in Quadrophenia.

So while the diehard faithful will lap up every song, the less committed have to show patience, especially when the band do not deign to speak to the audience until they have finished serving the main course.

Opener The Real Me promises much with its Who hallmarks, but it feels a long time until The Punk And The Godfather scales similar heights, and kid brother Simon Townshend sings a surprisingly strong Dirty Jobs.

Archive images of the band smashing their instruments during Helpless Dancer only serve to suggest how tame the new generation band seems. It’s fully 45 minutes before a rousing 5:15 finally ignites the crowd, complete with a film footage bass solo from the late John Entwistle.

The Rock is backed by film of social revolution from Vietnam to Pussy Riot, earning Margaret Thatcher a chorus of booing from the audience. Diana, Princess of Wales later gets a similar reaction. “What are you?” asks Townshend. “All Irish?”

Throughout the gig there have been striking images on the video wall behind the band, ranging from early Who gigs to newsreel of the Blitz, rationing, the beach confrontations of the 60s and footage of Brighton Pier in flames.

Trouble is, at times they've been more eye-catching than the band.

Love Reign O’er Me brings Quadrophenia to a close, microphone-twirling Daltrey in fine voice. And it’s then that the gig finally moves up the gears with a short greatest hits setlist tagged on to the end.

Who Are You, You Better You Bet and Pinball Wizard have the arena rocking. The mighty Baba O’Riley brings the house down, taking well-heeled fans back out into the teenage wasteland.

Won’t Get Fooled Again is the inevitable, fist-pumping, singalong finale. One of rock’s greatest anthems, it brings out the best in The Who, sweeping aside the claims of much younger pretenders to the throne.

Good gig, then, but they were better when they played the NIA a few years back with a joyous celebratory setlist not confined by the zoot suit straitjacket of Quadrophenia.

I Am The Sea
The Real Me
Quadrophenia
Cut My Hair
The Punk And The Godfather
I’m One
The Dirty Jobs
Helpless Dancer
Is It In My Head?
I’ve Had Enough
5:15
Sea And Sand
Drowned
Bell Boy
Doctor Jimmy
The Rock
Love Reign O’er Me
Who Are You
You Better You Bet
Pinball Wizard
Baby O’Riley
Won’t Get Fooled Again
Tea & Theatre

Email ThisBlogThis!Share to TwitterShare to FacebookShare to Pinterest
Labels: birmingham, lg arena, Quadrophenia, The Who